I have never ever had better reference than this BMW 507.
BMW Group Classic put a lot of energy into this project and documented precisely all the process from finding Elvis’ car up to grand finale when it was first shown to public.

Before I had a chance to make first scratch, I had to find the proper kit.
The best suitable for the project was Revell 1/24. One of few hardtop versions. Only problem was I couldn’t find it around as it was produced back in 1992 (I think). It took me few months to put my hands to it. Ebay never lets me down. Once I found one in Germany, I bid and got it for 25 eur. 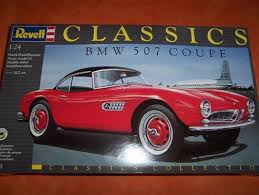 I carefully studied the interior…

…and I found out I have to make few major adjustments:

1. As cockpit part is a usually created as a separate part glued to chassis, it lefts middle tunnel too thick and shallow. So I had to figure out what part to cut while keep the element solid for further process. I used pencil to sketch the guide rule and cut it out with Proxxon Micromot tool.

2. I scribble lines and future hole unveiling the missing gearbox. I used simple hand saw to deepen slits and drilling-machine to make a hole.I didn’t need to work much carefully as I planned to cover it with aluminium foil for achieving better effect.

3. I placed a piece of aluminium adhesive tape on the floor, just to copy the shape of tunnel. I drove with toothpick over the slits very gently to prevent foil to burst. On the contrary, I simply sunk the toothpick through the gerabox hole.

4. I cut the excess of the tape and used tweezers to stretch and curl the edges of the tape. I played with it until I was happy with the effect of curled metal, that you can see once you cut through it with scissors. Carpets were cut into a piece of cloth and floor mat into adhesive take. 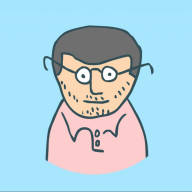